Mark near the start of his FKT attempt, blissfully unaware of what’s ahead.

While we’re the first official event to be held on this course, Mark Hartell established the fastest known time for the Backbone Trail of 12:09 on March 24th, 2012. He wrote about it in his blog; you can read all about it here. 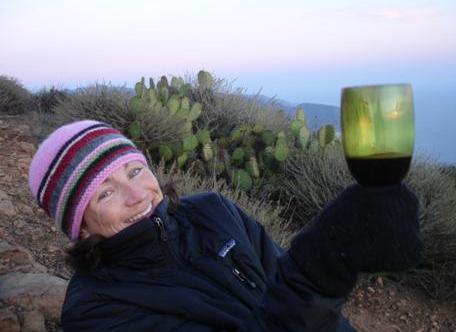 Sue Johnston on Ray Miller Trail, where every hour is happy hour.

Sue Johnston holds the women’s FKT of 16:42, set back-in-the day on December 10th, 2006 whilst casually conquering the course with Mr. Backbone Trail, Howard “H’ard” Cohen. She didn’t blog about it. She is modest. And fast.